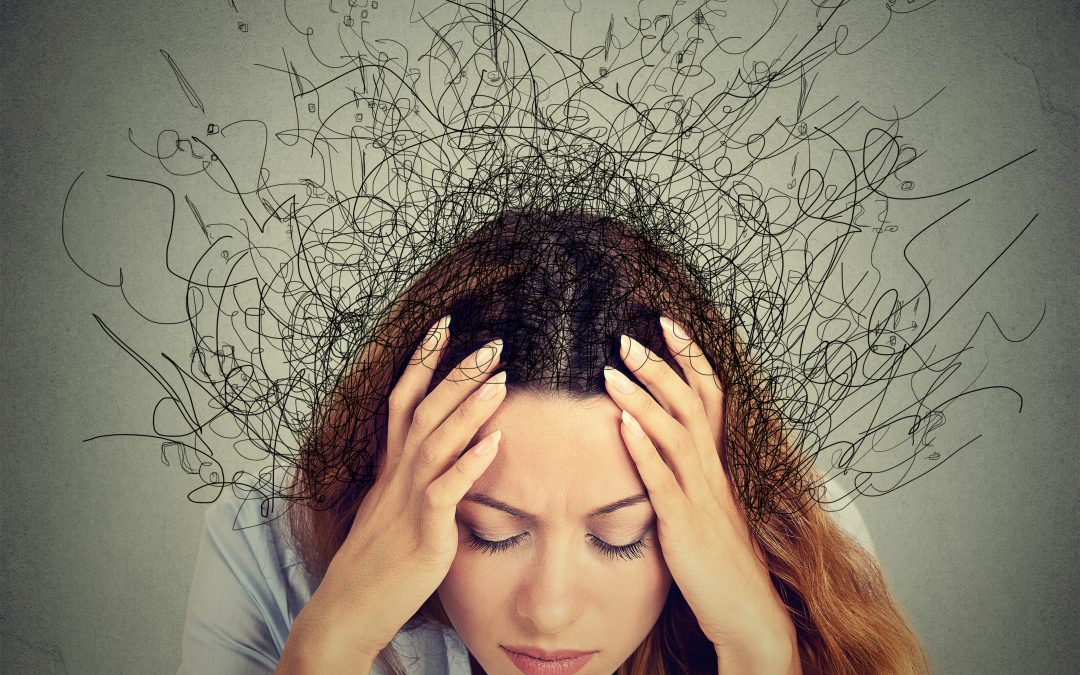 Many fascinating, complex, sad, surprising and hopeful things. Every time I start trying to write about it, things get unwieldy and it sprouts into about 10 different pieces !  I can’t fit all I want to say neatly in here, as my inner critic would demand, but I will make a start.

How the inner critic gets you down. 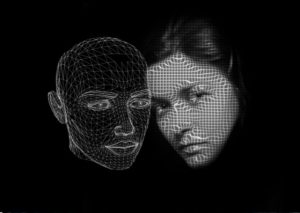 ~ That sneakie, mean, judgmental, relentless voice inside you, that’s always making you feel somehow wrong, or not good enough.

The task-master and moral judge that’s full of ‘shoulds’, and is constantly checking if you’re being ‘good’ or ‘bad’. It’s always assessing whether you’re measuring up to some perceived standard of acceptability or worthiness.

Everyone’s inner critic has a different voice, tone, texture, feeling. It takes many forms, and ranges from more obvious vicious verbal attacks in your head, such as:

“You f***ing moron how could you say / do that? (ouch). You’re too loud / quiet / fat / scrawny / small / tall / weird / inappropriate. You’re too much (x) and not enough (y).  Why do you always have to be so (z)? Don’t even think about sharing your thoughts with these people, you have nothing interesting to say.” Etc. etc.

… To more hidden or unconscious ways that you end up censoring your honest expression, overly-adapting how you really are around others, feeling unworthy, being ‘wrong’ or not enough, in one way or another.

It can be an inner narrative in the background that accompanies you the whole time as you go about your day, or it can come up for a particularly vicious attack in particular circumstances or contexts, with different triggers for different people.

Do you know what yours sounds or feels like?

My own inner critic has stopped me from writing about this many times, wanting me to produce nothing less than the perfect synthesis of all possible information, knowledge and experience of this phenomenon !

If I listen to the critic, it leaves me sandwiched between a strong desire to share what I know about this topic that feels important to me, and potentially helpful to others, and a deflated sense of never being able to quite ‘get it right’.

That’s what the inner critic does – it keeps you stuck, frustrated, ashamed of your desires.  A feeling of yearning, or that something organic and true wants to be expressed, but is being gated in, held back, creating a knot of tension, anxiety, frustration, guilt, or exasperation. Stuck in a loop of repeating the same painful patterns in relationships, jobs, daily life. Until, that is, the pressure becomes too big… 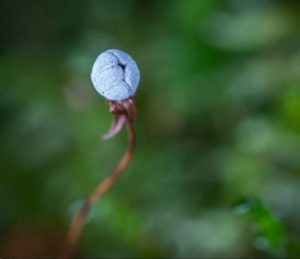 “And the day came when the risk to remain tight in a bud, was more painful than the risk it took to blossom.”

… And that’s often the limit people have reached, when they start therapy, coaching, meditation, yoga or whatever it is: when they’ve had enough of their lives being run by all the shoulds, overriding the authentic desires, impulses and wisdom inside them, and leaving them scrunched up in a painful bud, ready to burst.

The inner critic gets you cornered into burn-out, or a job or relationship that sounds good on paper and ticks all the boxes valued by society or your family, but doesn’t actually fit who you are. It leaves you in a bind, scared of the truth, unsure how to start doing anything differently, such is its power.

The stakes feel so damn high… because they are !

Or at least it truly feels like they are, because all of this is coming from that part of you that once had to adapt as a child, to change the truth of what you were really feeling, or needing, or desiring, so you could be ‘acceptable’ to others, in order to survive.

We’re talking survival-level stuff here, it’s no joke. And it’s certainly not as simple as ‘just go ahead and speak your truth / be who you really are’!

Pernicious: it rhymes with ‘Vicious’; why your critic got so good at being mean.

The inner critic is pernicious, it really is. That’s the word that came to me when I was chatting about it with a friend recently (‘coz that’s what nerdy therapists and truth-seekers do of an evening).  I was sharing my observation that it is always operating at some level, and keeps on coming up again and again in the work.

‘‘It’s so covert, you know? It’s shows up when least expected, like a sneaky, relentless, exhausting, insidious… it’s so bloody pernicious!’

The word popped out without me being sure I had the meaning right, but a quick google confirmed it’s appropriate:  “having a harmful effect, especially in a gradual or subtle way” (www.oxforddictionaries.com). Yep.

It also rhymes with vicious, which the inner critic most definitely is.

Vicious and relentless, because back in the day it was doing its utmost to keep you safe, connected and alive in the tribe, and vicious because of how it keeps you painfully small, limited, held back in the present.

Much of psychotherapy and coaching, and any self-development or spiritual approach worth its salt, will be spent recognising and unpeeling the layers of the inner critic whenever it shows up, and grieving and healing the wounds it came from, while also finding ways to move forward in life that are more free from its grabby little pincers.

The inner critic was created back when you were really tiny, and very unconsciously, in repeated, ongoing ways, until it became so much a part of how you operate that you can’t even distinguish it from who you really are underneath it. So it will continue to need your conscious and compassionate attention in adulthood.

So how do you start freeing yourself from the grips of the inner critic?

~ Recognise that we all have one, it’s totally normal, and it was originally trying to help you.

The first step to getting some breathing space from the grips of the meanie that lives inside, is to get real about the fact that we all have an inner critic. This can help ease some of the extra frustration, doubt, or self-flagellation about having one in the first place. (Criticising yourself for having an inner critic…adding insult to injury).

And secondly, it will always be there at some level, as long as we are breathing (no matter what the enlightened gurus say).  We all have to find our strategies to live with it – or to live fulfilling lives despite it.

It is a natural part of developing as a human to have an inner critic or ‘superego’.  It’s a part of your personality that comes from being socialised and ‘civilised’ – in our family of origin, and in society or culture at large.

Humans are social animals, and the inner critic gets formed when we are very young, to help us do whatever it takes to stay safe within our tribe; i.e. to remain connected to the adults we depend on completely for food, affection, and survival.

This all happens very unconsciously, for the most part.

Just consider that power dynamic for a moment… Imagine you are an utterly helpless baby, dependent on the awareness and responsiveness of your caregivers, when it comes to having your core needs met, in the specific and unique way that you need them met.

How utterly terrifying!  So, before your conscious thinking brain even developed, you were instinctively adapting in whatever way you needed, to get positive responses and care from your parents and other adults.

Here are ‘9 Common Experiences that Can be Traumatic, but are Often Seen as Not‘, written by nervous system and trauma expert, Irene Lyon. And there’s plenty more examples that would surprise you. – Especially if you happened to be born with heightened sensory processing (‘highly sensitive’), or particularly empathic, or porous to other people’s energies and influence on you.

So overriding your true needs was actually a really healthy and necessary adaptation you made when you were little, in order to stay connected to others, feel secure, and to survive. The downside is, it takes a good bit of unpeeling and deconstructing as an adult, to uncover who you really are beneath it all. 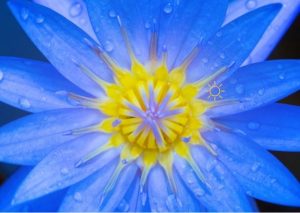 So give yourself a break, as your first act of freedom

Remember that the inner critic is natural, it’s painful, and it’s a part of you that you’ll need to negotiate with all your life.

Allowing for this can help as you work to unpeel the layers of all the adaptations you made, and start uncovering more of the pearl that is the real, unique you deep inside, in a way that is realistic, sustainable and effective.

The good news is though, that once you can understand what’s going on, and how it shows up for you, there’s lots of ways to work with it.

Some of them are challenging, some are lighter (dare I say fun, even…). With the right support, you can relax the grip of the critic, and find your way home to expressing the real you. You can come home to a sense of deeper trust – in life, and in your inherent goodness.

In my experience, negotiating your way past the inner critic usually involves being supported to grieve old losses, as well as getting out of your head, reconnecting with your body and emotions, and applying large dollops of self-compassion.

But that’s a topic for another piece. For now I’ll post these first thoughts before my inner critic shuts me down and convinces me there was no point in writing this at all.

If you’re ready to work on disarming your inner critic: 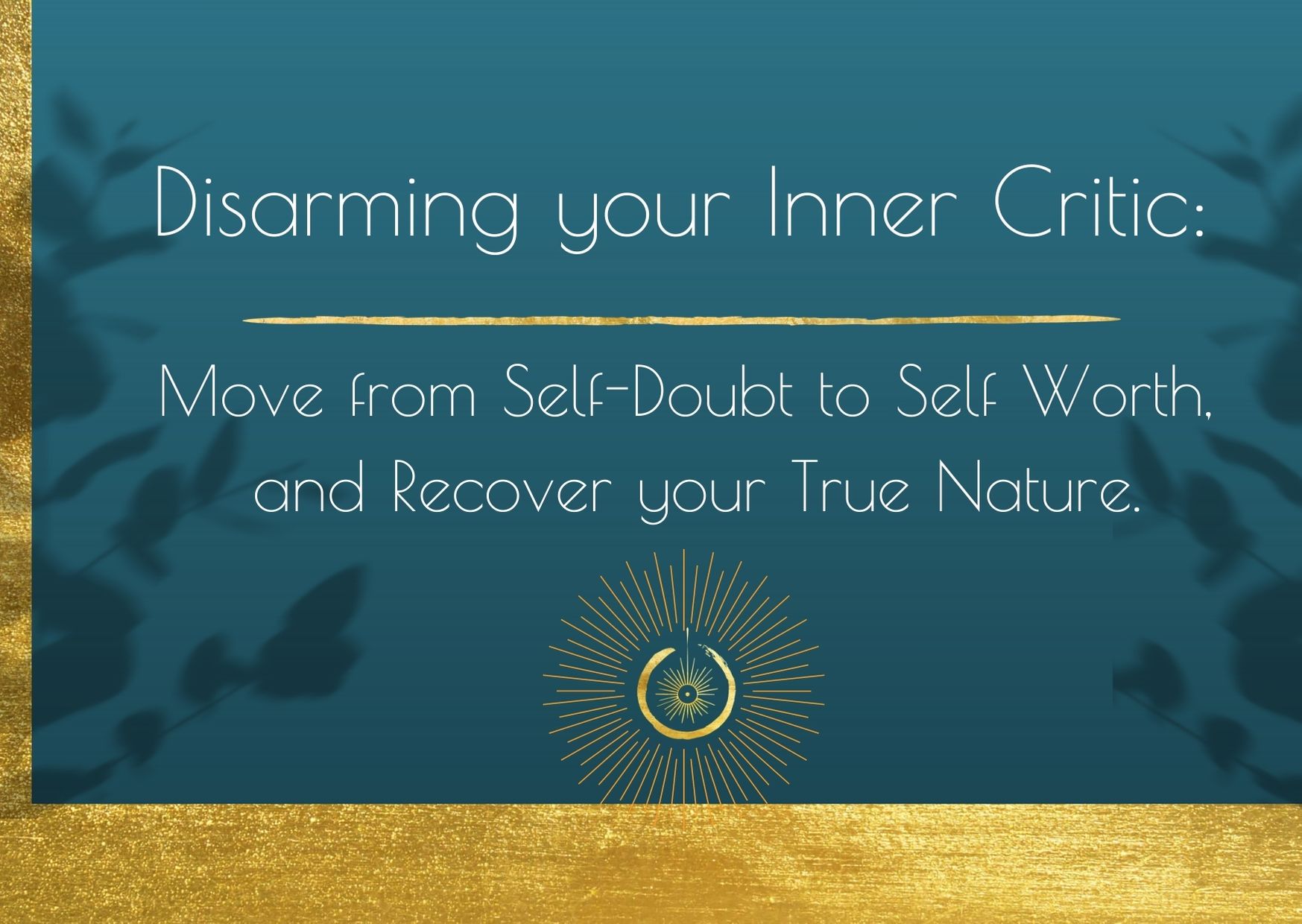 This self-study course offers a powerful, reusable map, to guide you through a process of healing and integrating your inner critic – a core personality structure that we all have.

It will help you clarify and release the unconscious beliefs, that are restricting your growth and fulfilment.

So you can start moving beyond self-doubt or self-sabotage, fears and frustrations, challenging relationships, thought-patterns or behaviours, into a greater sense of self-belief, and fulfilling your true potential.